The Truth about Travelling around Jeju Island

Commonly referred to as the “Hawaii of Korea,” Jeju-do (Jeju island) is an ocean-lined paradise ripe with sandy beaches, volcanic mountains and tumbling waterfalls. Its resemblance to the American island is apparent, but in my opinion, Jeju is an island unlike any other. 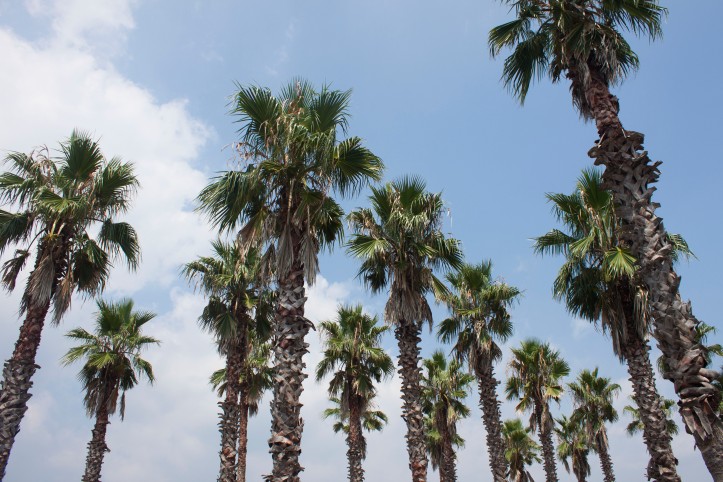 My friends and I spent the weekend discovering some of Jeju best gems. A mere hour flight from Seoul, getting to and from the respective airports actually took longer than travelling through the sky.

We scored flights for great prices with Jeju Air. Our flight to Jeju City from Seoul Gimpo cost 15,900 won (about $18 Canadian). Our flights back to Seoul cost a bit more, approximately 35,000 won (about $42 Canadian). One thing to take into consideration when booking flights is how you will get to the airport on time.

It doesn’t make much sense to me, but Seoul’s wonderful subway system shuts down at 11:30pm. It doesn’t commence service again until 5:30am. Our flight was at 6am, and Gimpo airport was at least an hour away via public transit. There are nightbuses in Seoul, but we’d been warned of their tendency to just not show up. We planned to take a cab, but were graciously offered a ride.

On the flip side, the Airport Limousine bus that transports tourists around Jeju doesn’t start running until 6am. We pushed our flight home back to 10:45am (a super easy and affordable change on Jeju Air’s website) to ensure we would make it to the airport in time.

You see, Jeju is actually a pretty large island, and its attractions are spread quite far apart. According to an article by the Washington Post, it is three times the size of Phuket, yet it only see’s one-sixth the number of visitors. My friends and I stayed at Backpacker’s Home. It’s a fantastic hostel with spacious dorm rooms, a real shower (in Asia?! The shock!) and breakfast included if you book on Hostelworld. It is located on the far south of the island. Getting anywhere meant at least a 30-minute bus ride on the public transit.

I’d read numerous blogs that spoke of Jeju’s horrible public transportation. We were continuously advised to rent a car, but none of us had international licences. Three of my friends rented scooters for a day, while others rented bicycles on Udo. While these seemed like fine options, we decided to discover the truth about the public transit, and I was shocked with the outcome.

There are only a couple of routes on the island, but really, that’s all you need. Buses actually run rather frequently (one came by about every 15-20 minutes). Unfortunately, getting the bus drivers to stop and pick us up was quite another matter. We had to run after buses, jump on board as they were moving and try to frantically explain to the bus driver where we were going. Bus fare depends on how far you travel (typically 500 won – 5,500 won), and while we knew our destination, the  bus drivers could never understand us. Literally never. One driver actually tried to shoo us off the bus, until I showed him our stop in writing. Other times, local passengers helped translate.

Once we were boarded, the buses were surprisingly nice. More like coach buses than public transit, they often had air conditioning and reclining seats. It would have been smooth sailing from then on, if the bus drivers hadn’t driven like top-scorers in Grand Theft Auto. Sofie was sick multiple times. I was nearly thrown from my seat. Whipping around the curves as we sped down from Mount Hallasan, I was sure this is how I would die, and all I could think was: out of all the ways travel could kill me, this has got to be the lamest.

But we didn’t die. We got around the island just fine. While we may not have seen everything we initially wanted to, that was more due to the fact that the island is really big than the flaws of the  public transit system. Personally, I found the buses a fine way to get around, if not mildly puke-inducing and life-threatening. We had a marvelous weekend on Jeju-do, and the bumps along the road just made it more interesting. Have a weekend to spend on Jeju-do?

Here are the top five sites you have to see! 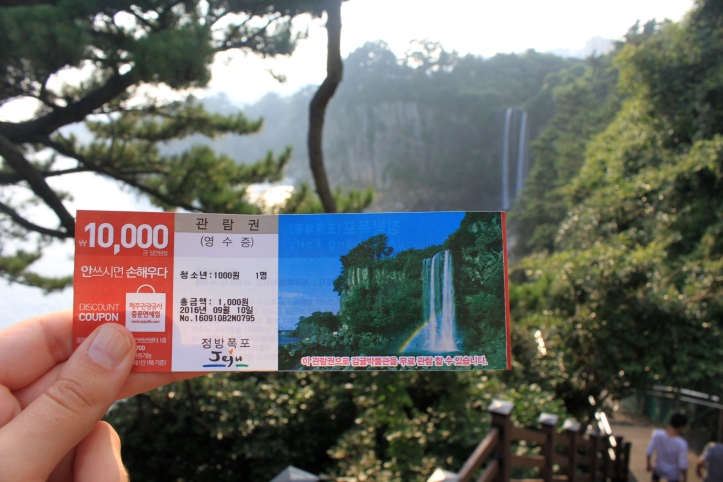 Note: One of the things that really bugged me about Jeju-do is that you have to pay to see pretty much anything, including nature. Most attractions cost 2,000 won. If you’re 24 or younger, show your ID to get a half-price ticket.