There are all types of travellers.  Some prefer luxurious balconies, spa massages, and goose-feather pillows, while others sleep on ratty cots and metal bunk beds.  Backpackers know that every hostel comes with ups and downs.  Someone will most likely steal your food, at some point you’ll get bed bugs, and if you don’t have twenty concert wristbands and hemp bracelets at the end, you’re doing it wrong.  One thing you can be sure of is at any given hostel, anywhere in the world, at any time, you will meet these ten people: 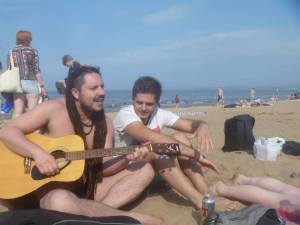 The guitar is kind of ratty, and chipped, and the wood is a little warped.  Still, it’s the Guy With The Guitar’s claim to fame.  He wears band shirts and is constantly growing his hair “out”.  The guitar lives in the oddest spots around the hostel, and if you want to play it, treat it like gold. 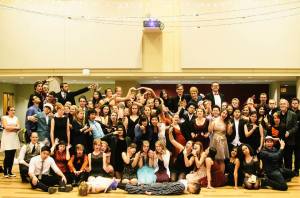 We’ve all been there.

Despite all the Skype-dates, text messages, and Facebook updates, young travellers seem to feel like they’re not missed back home, and the only way they can convince their friends (and themselves) that they’re not homesick is by making them ridiculously jealous.

Notice how they always sit by the hot foreign guy when the camera clicks.  That’s what I call an authentic souvenir. 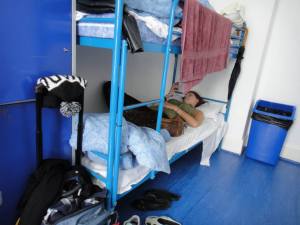 This guy’s been here a week and hasn’t left the hostel.  Or showered.

Seriously, what better way to spend an entire week on the other side of the world than watching American television shows on your laptop.  Culture, who needs it. 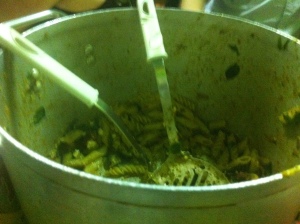 He lathers the frying pan in olive oil, summersaults crepes in the air, and fills the communal kitchen with organismic aromas.

You kind of hate him, but mostly because he’s not cooking for you. 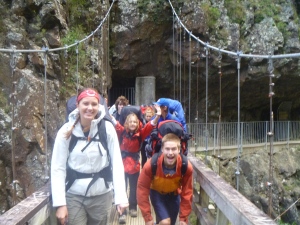 Although he smells kind of funny, eats your leftovers, and makes you cling to your belongings in fear, this guy is my favourite.  I guarantee you he has the best stories.

I used to be you.  I kind of loathe you.  I mostly try to ignore you and get drunk with the Aussie.  Just please, please don’t be in my dorm, because I like to sleep without the intrusion of an earthquake. 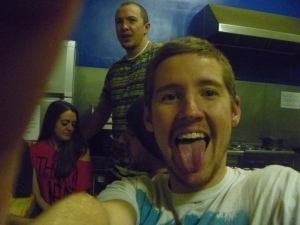 Aussie’s are everywhere, and I freaking love it.  You can guarantee a fridge full of beer and a full fledged party is lurking near by.  He’s always grinning—and why shouldn’t he!  He’s Australian, his accents make all the girls swoon, and everyone automatically assumes he’s a world class surfer.  He has shaggy hair, ratted bracelets from every country he’s been to, cannot lose his tan, and is always found with a beer in hand.  Everyone loves him.

8)      The American Eurotriper’s Who Just Want To Get Laid

Don’t let their bleached blonde hair, gel nails, and layered make-up fool you.  They are REAL backpackers.  LOOK!  They even have backpacks. They’re nervous to be away from the states for a few weeks, so they pre-booked a bus tour.  Please don’t be offended when they call Europe a country and South Africa a state.

I understand you have a bus, plane, train, or tour to catch.

But three mornings in a row?  Get out. 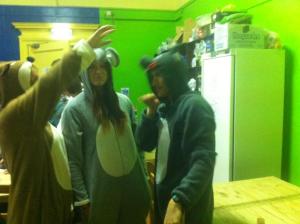 We all know this person.  And unfortunately, most of us end up being them a little bit.

They’ve been everywhere you have and more, before it was mainstream, in their thrift-shopped onesies.  They’ve dated all the foreigners, speak 17 different languages, find underground bands, and can’t sit through your story without interrupting, because theirs is always better.  They’ve been there, and done that, twice.  The best way to deal with them is to smile, nod, and space out.

After going through and smacking a label on all the backpackers you’ve ever met, it’s time to ask yourself – how would other travelers label you?